London was the worst-performing region last month with the fastest pace of house price falls in England and Wales, a survey out today shows.

Prices at the top end of London’s market have been struggling for quite some time, largely as a consequence of tax changes and affordability constraints, but it would appear that other areas of the market in the capital are now faltering, with house prices in the city dropping at their fastest pace since the aftermath of the financial crisis.

New data released by Acadata and LSL property Services reveal that property prices in London’s 11 boroughs in the top third of the market dropped by an average of 2.5% last month compared with the same month a year earlier – the steepest decline since 2009. 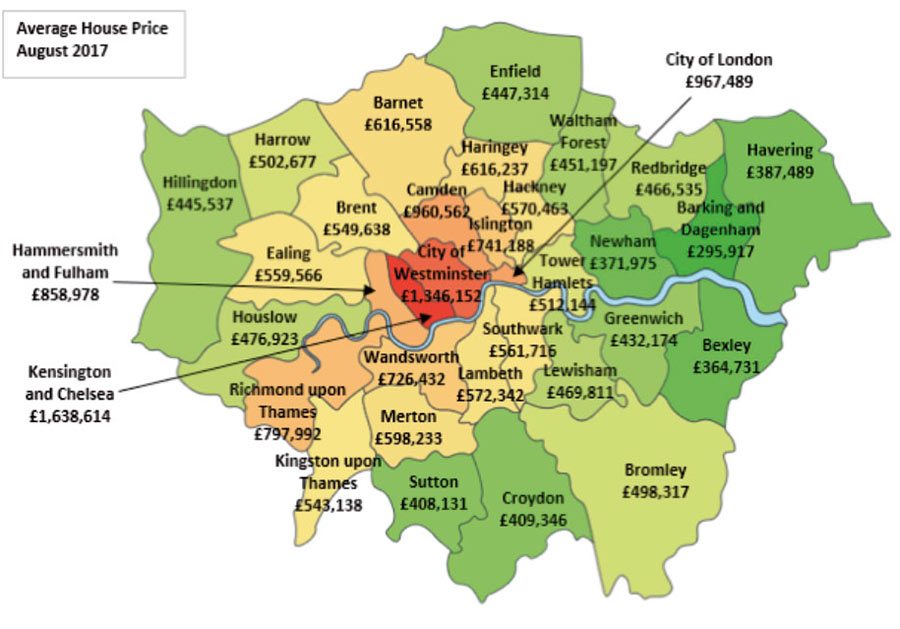 The fall in home values last month follows on from the 0.7% drop in values recorded in August, which was the first negative reading since 2011 as sellers across parts of the capital responded to slowing demand from buyers by reducing prices, especially in the city’s more expensive boroughs.

The average price of a home in the capital last month was £584,467, the lowest since the end of 2015, which is welcome news to people struggling to get a foot on the housing ladder after years of soaring property prices.

Outside of London and South East England, the market appeared more buoyant, with prices on average rising in September by 3.3% on the year, though the pace of growth has been slowing since the tail end of 2016. 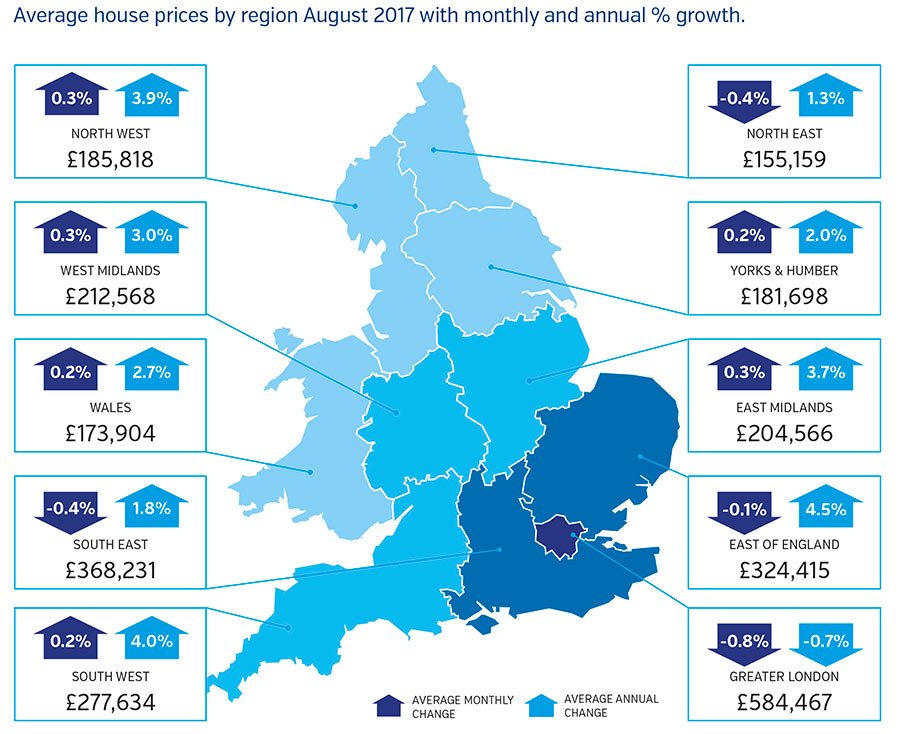 According to the data, the average house price in England and Wales came out at £297,287 in September, up £3,890 on the corresponding month last year.

The East of England is still the strongest growing region, with prices up 4.5%, helped by strong performance in the likes of Bedfordshire, where values rose 9.3% year-on-year.

Growth in the South West, where house prices are up 4% year-on-year, has been supported by the two strongest growing areas: Poole, where prices are up 10.5% annually, and Bournemouth, up 9.9%. Both coastal areas have it seems benefited from strong sales of detached properties over the summer.

The North West and East Midlands are also seeing positive growth, with house prices up 3.9% and 3.7% respectively.

Annual property prices increased in six out of ten England and Wales regions, with Wales, the West Midlands and Yorkshire all seeing modest growth year-on-year.

Overall, 93 unitary authority areas have recorded price rises over the year – 86% of the 108 in England and Wales.

Of the 15 areas where prices have dropped a third are in the South East, where transactions have fallen significantly.

In fact, transactions dipped to around 63,000 in September, which is down a fifth on last year. 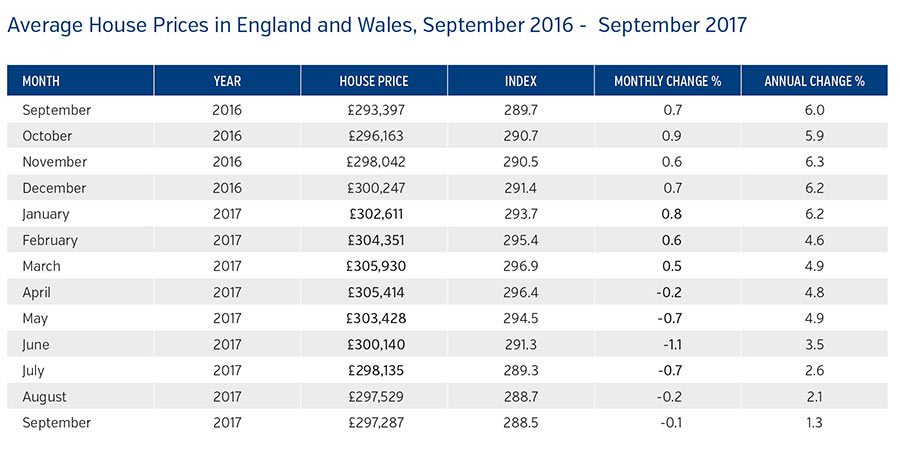 How much is your property worth?

With RICS finding the housing market subdued, homeowners may have to brace …