As house prices continue to rise, many homeowners are looking to how they can improve the value of their homes. For those who own property, having assets in bricks and mortar is often viewed as an investment, but if you want to move up the property ladder you will need to make improvements to your home, increase its value and eventually sell it for more than was paid. According to a recent report by the government, one way to improve the value of your home is to improve a property’s energy efficiency. 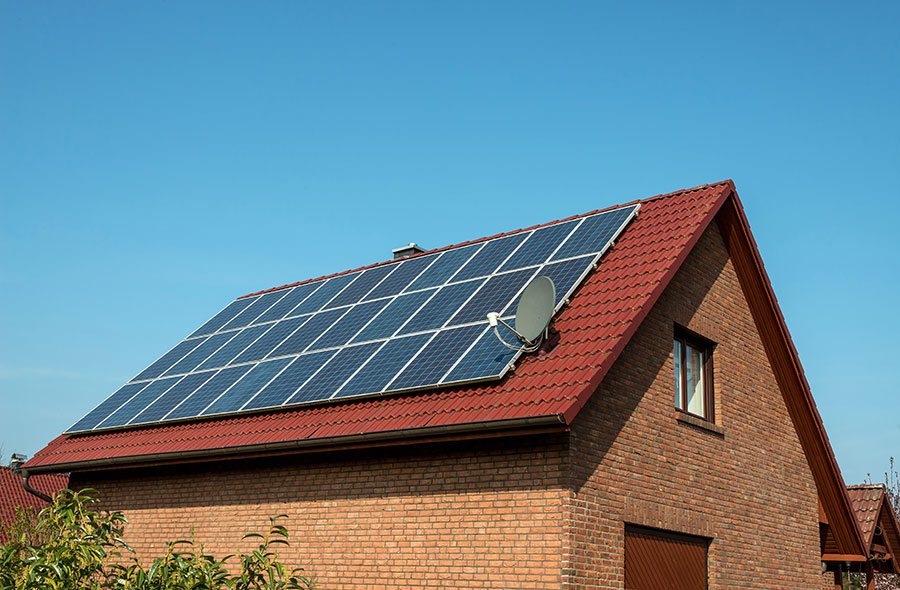 In fact, this report suggests that making energy efficiency updates to a home could boost average house prices by 14 percent. In some parts of the country, this number is an even higher 38 percent. Breaking these percentages down, making changes, like adding insulation or double-glazing, can add £16,000 on average to a final sale price – provided a property moves to the top of the energy performance certificate ratings. EPC ratings work on a lettered scale from A to G, with G being the least efficient. The government research noted that on properties that were similar but had vastly different EPC ratings, efficiency improvement was the single most important thing that drove up property value.

Of course, there were some exceptions to the trend. Property value in the South East, London and the commuter belt were predominantly driven by location, with energy efficiency playing a small role. As prices tend to be higher in these regions as well as the fact that properties are in demand, this is unsurprising. Nevertheless, in areas like the North East, energy efficiency was an important consideration.

With this report in mind we look at the different ways you can save energy in your home:

Solar PV panels are a very straightforward and convenient way of being able to generate electricity for use in either buildings or homes, feeding back any surplus electricity to the National Grid. They work by capturing the sun’s energy within its photovoltaic cells. Energy is created from an electronic reaction caused by the sun touching the panels. The generated energy passes through an inverter in order to turn it into usable Alternating Current. Through a Government backed scheme, Feed in Tariffs (FITs) are paid for all energy generated, and any unused energy exported back to the Grid. The current Feed in Tariff (FIT) for a ≤4kW system is 21.0p/kWh, for a system of this size you can expect an income in excess of £650 per year.

Solar PV panels create energy when an electronic reaction caused by the sun touching the panels.  The stronger the sunshine the more effective the panels are at producing electricity although they do work at all times even in rain and cloud. Solar panels are most efficient when a roof is south facing, with no shadowing or obstructions and you are still connected to the Grid should you need any additional power.

Most people will know solar power as a great alternative to fossil fuels and it is well known for being a clean energy source. Environmentalists and governments alike, with many hailing it as an ideal source of renewable energy, have championed solar power. However, it has been quite noticeable that businesses and homeowners alike have not installed solar power on a widespread scale. In fact, particularly prior to 2011, solar power was somewhat out of reach for many businesses and homeowners. This is predominantly because of the cost of installation.

However, there have also been questions as to how viable solar power is for countries like the United Kingdom, wherein much of the year is cloudy. Nevertheless, there have been significant changes in recent years with regards to the cost of solar power. New manufacturing in China and elsewhere has meant that solar equipment is much cheaper than it was previously. In fact, the costs have been driven down so much that even housing association developers are considering installing solar power in their new projects. This is partly because they see it as a good investment for the company but also because it can be hugely beneficial for their residents.

Residents who rely on solar power as their energy source could save at least £150 yearly on bills, which is makes a big difference in terms of budget. In addition to financial savings, adding solar panels to your home can add significant property value. With many estate agents noting that the rising cost of gas and electricity is causing an increasing number of homeowners to ‘go green’, the British population is also becoming more environmentally conscious. With this in mind, installing solar panels is likely to be an investment that will add a good amount of value to a property in the future.

Solar water heating systems use solar panels, called collectors, fitted to your roof. These collect heat from the sun and use it to heat up water, which is stored in a hot water cylinder.  This high level of absorption allows the temperature of the water to reach up to 90°C. When solar energy is unavailable conventional boiler or immersion heater can be used to make the water hotter, or to provide hot water.

There are two types of solar thermal panels available, these are:

Both types of solar thermal systems are suitable for various types of properties and there are many benefits such as government grants, hot water throughout the year, reduce your household energy bills and your carbon footprint and the VAT is only 5%. The financial savings through using Solar Water Heating are moderate as the savings are high in summer months but lower in winter months when a backup energy system usually needs to be used. 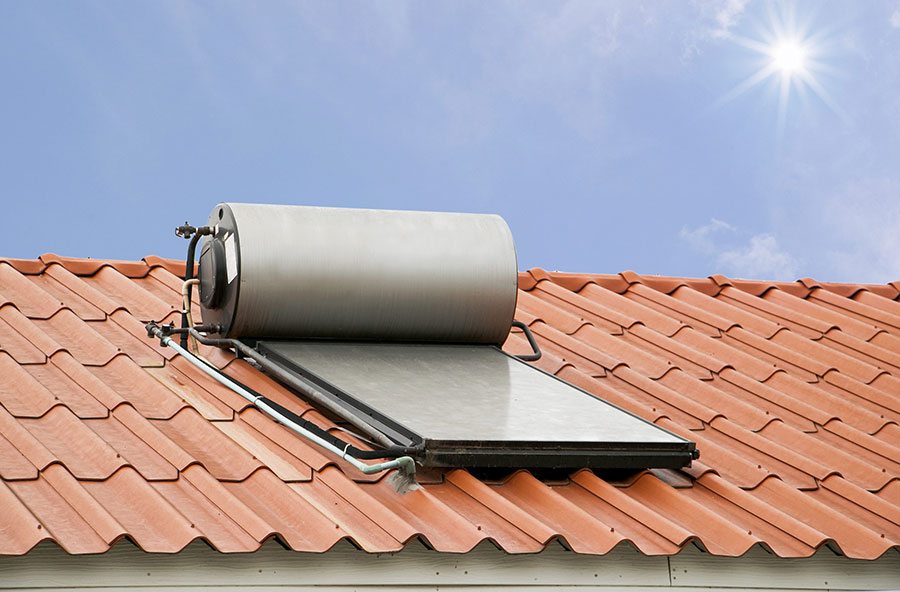 To have this system fitted you need approximately 5m of space on your roof that receives the sunlight for the majority of the day (East to West, through South). Your current heating system will need to be compatible with solar heating; you will find that most are apart from some combi systems. There will also need to be room to house either a larger, or an extra water cylinder along with your current boiler or immersion heater as a backup.

Solar thermal is suitable for most domestic and agricultural properties and some industrial and commercial properties. If you are interested in solar thermal technologies or would like more information, please contact Green Route.

As the government’s Green Deal begins to gain momentum and shows that people value homes that are cheaper to run, better for the environment and more comfortable in general. Making a modest investment into energy efficiency proofing a home will not only improve it in terms of property value, but it can also help to protect against rising energy costs. If you’re out in the country though, you may need to look at some other options for providing energy to your home.

How to buy the best cooker hood for your kitchen

Whatever the size of your kitchen, you’ll need an extractor to keep …