The UK housing market remains remarkably resilient amid political and economic uncertainty, but tax changes could present problems for some homeowners and prospective buyers.

The Chancellor Philip Hammond will deliver his first and last spring Budget this week against a backdrop of a robust economy post-Brexit vote last June, but still heightened uncertainty as the government prepares to invoke Article 50 to leave the EU.

Having moved the date for future Budgets to the autumn, the chancellor has vowed to minimise tax changes on this occasion – but that could mean bad news for some homeowners and prospective property buyers. 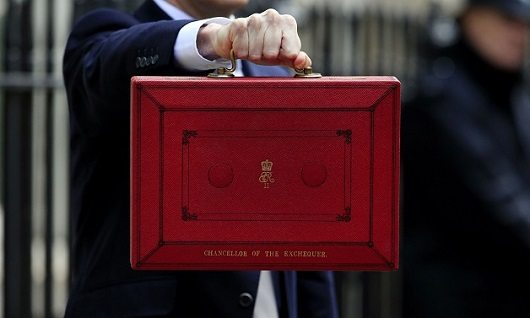 Various property commentators are hoping that the Chancellor takes this opportunity to introduce housing policy reform that will actually be effective in supporting the market.

Things to look out for:

Stamp duty reforms announced by previous Chancellor, George Osborne, have slowed activity levels at the top end of the housing market, and so it is unsurprising that there are calls from within the property industry for the new Chancellor to review the tax.

Many property professionals would like to see the government kick-start the market with a temporary stamp duty holiday, by cutting the tax, especially at the top end of the market.

Various experts would also like to see the 3% stamp duty surcharge on buy-to-let properties and second homes amended or abolished.

Following a stampede of buy-to-let activity at the start of last year ahead of the introduction of the higher tax on additional homes in April 2016, fewer buy-to-let investors are now buying property.

Around 500,000 basic-rate tax payers could be forced into a higher tax bracket from next month once planned changes to landlord taxation comes in to force, experts forecast.

By April 2020, once they have been withdrawn altogether, the consequences of Section 24 will mean that it is likely that higher-rate tax payers will only receive 50% of the relief that they currently get, with various experts having already warned that landlords will be left with little alternative but to pass higher costs on to tenants.

Industry trade bodies, like the Residential Landlords Association (RLA), wants the government to halt the implementation of the mortgage interest changes, or at least apply it only to fresh borrowing for new housing.

There is an inequality in VAT between new build homes, charged at 0%, and renovations, rated at 20%, that some experts would like to see addressed.

Carol Peett, managing director of West Wales Property Finder, is among those that believe a much fairer solution would be to bring it in line with the 5% VAT rate that is chargeable on renovating a dwelling that has been empty for at least two years.

Her vision is that the existing property shortage could be alleviated by encouraging people to extend their living space, enabling a property suitable for a couple to be converted into one able to house a family.

To tackle the property crisis in this country, the government needs to adopt a more pragmatic approach to supporting small and medium sized housebuilders to help boost housing supply, including affordable homes, which inevitably includes greater financial support, among a host of other measures.

Many experts would like to see the Chancellor review the resourcing of supporting agencies within the planning system. Ultimately, they want him make fresh funds available to tackle planning issues which delay housebuilding.

Many age exclusive housing providers, including retirement housebuilders, would like to see a greater focus on the housing needs of the older generation, including a one-time exemption of stamp duty for the older people and increasing the provision of age-appropriate housing in planning policy to enable suppliers to cater for unprecedented demand for suitable housing in later life, be it specialist housing, bungalows or just properties designed for people looking to downsize.

The announcement during the Chancellor’s Autumn Statement of an outright ban on letting agents’ fees to tenants has proved popular with people in general, but it is widely viewed as a draconian measure within the letting industry which will have a negative impact on the rental market.

Some lettings agents plan to recoup loss income by passing charges onto landlords or through rent hikes for long suffering tenants.

Many industry professionals want the proposed ban revered, but that is unlikely to happen.

To enable more landlords to provide the stability that many tenants need and want, many renters would like to see Hammond commit to longer tenancies for those renting.

The rise in both Help to Buy and Shared Ownership schemes in recent years has proved popular and enabled many people to buy property, and there are calls for further initiatives to be introduced to ensure more first-time buyers and families are able to get a foot on the housing ladder.

The 2017 spring Budget will take place on Wednesday 8 March.