The EU Referendum and the shroud of uncertainty hanging over the UK housing market looks set to drive down property prices.

Residential property prices look set to fall in the coming months as home sales nosedive at an alarming rate following March’s buy-to-let rush to beat new stamp duty charges and mounting uncertainty ahead of this month’s EU vote, a new report has revealed.

The latest Halifax property price index released this week shows that UK house prices rose faster than forecast in May, rebounding from a dip in April caused by a new tax on rental property. But a closer look at the housing market suggests that home prices will fall in the near term as demand plummets ahead of the EU referendum, according to the Royal Institution of Chartered Surveyors (RICS). 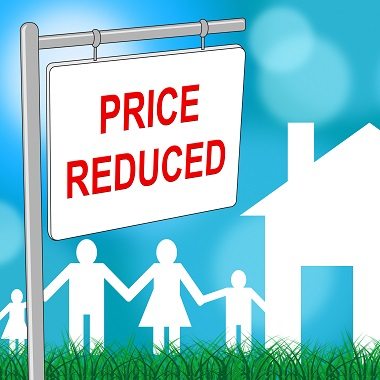 A new report from RICS shows that buyer demand fell across the UK for the second consecutive month in May and at the fastest pace since 2008, with 33% more property professionals saying that demand decreased last month.

Weaker demand reflects growing uncertainty in the market following the recent introduction of the 3% stamp duty surcharge for buy-to-let investors, while the looming EU referendum is also having an adverse impact.

Some 10% more respondents predicted that house prices would fall rather than rise over the coming three months.

London and East Anglia are expected to be worst hit with 43% and 33% (net balance) of respondents saying that home prices will fall over the next quarter.

But RICS believe that the fall in property prices will be short-lived and expect market conditions to improve once the uncertainty around the EU vote is over.

“Sadly, for the many young people looking to enter the property market, it is unlikely that we are seeing the emergence of a more affordable market,” said Simon Rubinsohn, the chief economist at RICS.

“It appears to me that what we are looking at is a short term drop caused by the uncertainty resulting from the forthcoming EU Referendum coupled by a slowdown following the rush to get into the market ahead of the tax change on the purchase of investment properties,” he added. “There is not at this point a sense that a fundamental shift is taking place in the market.”

The RICS survey revealed that in the longer term, while house prices are thought likely to regain momentum, rents look set to outpace them, with UK rents predicted to rise by 4.7% year-on-year for the next five years, compared to annual house price increases of 4.1%.

Uncertainty ahead of the EU vote coupled with a general slowdown in demand is now clearly having a chilling effect on the housing market as buyers are aware of the chance of a deal with some sellers  acquiescing to the pressure.  Added to this many people will clearly wait until after the referendum before selling which all leads to a lot of uncertainty. However the market will continue after June 23rd and supply and demand coupled with the ease of accessing funds will prevail.

Looking longer term, low interest rates, falling unemployment and rising real earnings will continue to support demand for property, and yet housebuilders are unlikely to build anywhere near the level of housing required. This cocktail of high demand and low supply will cause house prices to rise at a steady pace.