The government remains committed to building more new homes, but their target of 200,000 a year is simply too low.

Sky-high house prices, fundamentally caused by a chronic housing shortage, have created a broken housing market which makes the cost of living in many parts of the UK harder than ever.

The failure to construct enough homes means that Britain’s housing shortage has now reached crisis point as the number of prospective buyers, albeit currently at an eight-year low according to the latest RICS report, continues to heavily outweigh the volume of homes on the market; a major contributor to property price growth in recent years.

The growing supply-demand imbalance has continued to drive the market into the ground, as a plethora of buyers have a restricted number of homes to choose from. 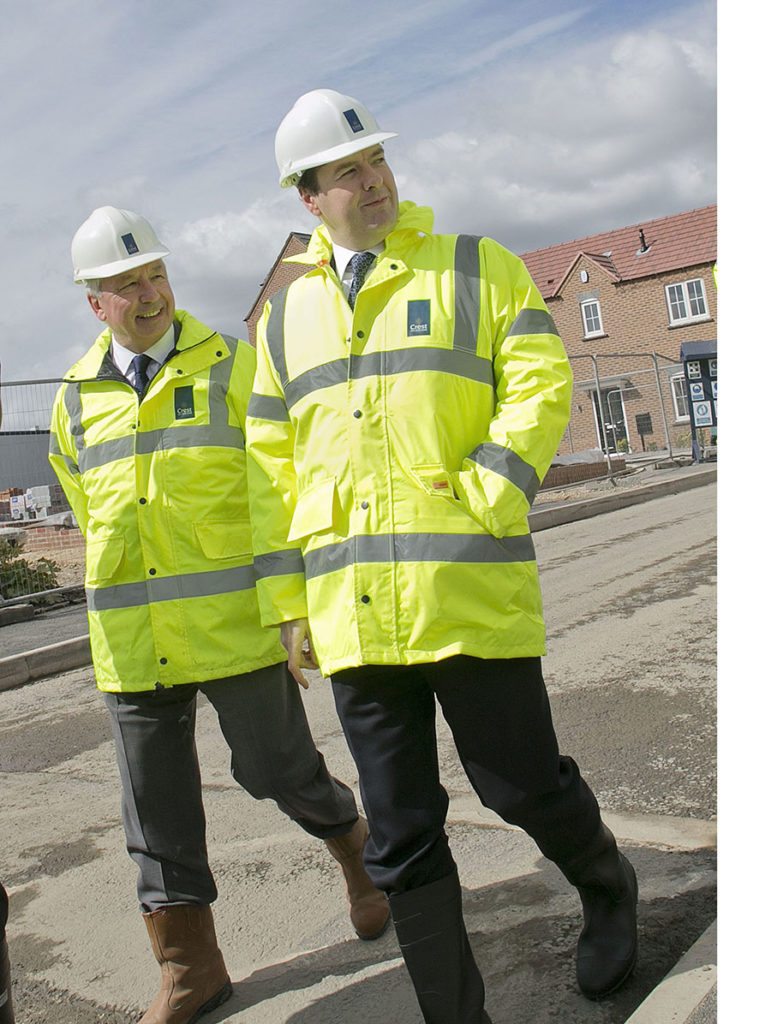 It is clear that we are faced with a crisis, and that is why the previous Chancellor George Osborne, determined to address the growing housing crisis, pledging in last year’s Spending Review to support the ‘the biggest housebuilding programme since the 1970s’ as he earmarked £6.9 billion of taxpayers’ money to support housebuilders of all sizes to build more homes, as part of the government’s aim to deliver 1million new homes by 2020 – that’s 20,000 new homes a year.

But the volume of new homes registered remains significantly below that government target of 200,000 new homes a year, and is almost half the estimated 300,000 new homes a year needed just to meet existing demand for housing in this country, according to a new report from the House of Lords Economic Affairs Committee.

The report suggests that red tape must be cut to enable local authorities and housing associations to develop significantly more new homes for sale and to let and points out that the exiting target of 200,000 new homes – which is not even close to being met – is simply too low to meet high demand for housing to buy and rent or moderate the rate of house price increases.

Yet, the latest construction data shows that housebuilding levels are actually falling: down by 3.2% in May – the biggest drop since February 2014.

Housing output has now fallen in every month this year apart from February, and the signs are that development levels could fall even further in the coming months.

Last week, the UK’s largest housebuilder Barratt said it could reduce the rate at which it builds new homes as the company prepares for a potential slowdown following Britain’s vote to leave the EU.

There is plenty of speculation that house prices will fall following the country’s decision to leave the 28-mmeber state, but the reality is that the fundamentals that drove house prices higher remain the same, with demand continuing to outweigh supply and the latest drop in residential construction output will not change that situation.

With housebuilders failing to deliver anywhere near the number of homes the country needs, property prices will inevitably rise further in the medium to long term, even if there is a dip in the short term.