‘Remain’ areas have seen greater falls in activity levels compared with those parts that voted to ‘Leave’ the EU.

The psychological impact of the UK’s decision to leave the EU is having a notable impact on the housing market, new research has revealed.

A new survey conducted by haart estate agents compared registration and sales data across 20 of its branches in the wake of the Brexit vote and found that areas which voted ‘Remain’ have suffered from a sharp drop in activity levels compared to their ‘Leave’ counterparts since 23 June. 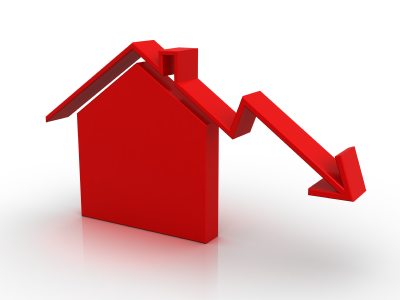 Registrations at haart branches fell across both camps, but dropped 30% on average in Remain areas, and about 23% at Leave branches.

According to the study, many Remain supporters abandoned sales at a striking pace in the weeks following the vote, up 50% compared to the period before the referendum. That is compared with a fall of just 2% in abandoned sales in Leave areas.

The research shows just how important ‘consumer confidence’ is when it comes to the direction the housing market takes, and in particular property prices; values can often rise when sentiment is high and stabilise or fall when on a downward trajectory.

At the moment, it would appear that those happiest about the outcome of the EU referendum are feeling much more confident about the future of the housing market than those who voted to exit the 28-member state.

Property prices in London have dropped the most post-Brexit, according to haart, with the estate agency report that the average price of a home in the capital fell 5.6% in July, wiping £30,000 off the average property, valued at around £527,349, on the back of a significant decline in property sales last month.

When sentiment is adversely affected by political uncertainty it is generally up to the government to “steady the ship”, according to haart’s CEO Paul Smith.

He said: “If the government can continue to provide a strong vision for the UK’s post-Brexit future and a clear timetable for an EU exit, greater stability and confidence will follow, which might reassure Remainers.”