There was widespread disappointment that Philip Hammond chose to overlook the housing market in his Spring Budget.

The property industry expressed disappointment following the Spring Budget, after Chancellor Philip Hammond failed to reverse any of the deeply unpopular tax changes announced by his predecessor George Osborne.

With the housing white paper failing to propose the radical step-change the housing market needs, there was really only a faint hope that housing would be addressed in the Spring Budget. 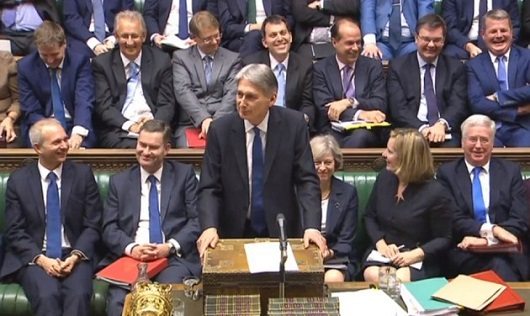 Anyone buying an additional property – whether a buy-to-let investment or holiday home – will have to continue paying a 3% stamp duty surcharge, while VAT of 20% will continue to be charged on major renovations. And come the 6th April, landlords will suffer a further blow as changes to mortgage interest relief come into force; coupled with increases in National Insurance  for the self-employed announced yesterday – an estimated one in five landlords will be affected.

Additionally, a proposed ban on letting agent fees to tenants in England will almost certainly go-ahead, no new Help to Buy or Shared Ownership schemes were introduced, while new rules will be introduced next month which will see inheritance tax chargeable on all UK residential property, regardless of ownership structure.

The existing rules that permit landlords to offset all of their mortgage interest against tax will, from this April, be phased out over the next three years until 2020/21.

Once mortgage interest relief has been withdrawn altogether, the consequences of Section 24 will mean that landlords will only be able to claim back a basic tax rate deduction of 20% off their tax bill, which will eat into their rental returns.

From April 2017, the government will introduce a new Transferable Main Residence Allowance to help people pass on property to their descendants.

Buy-to-let landlords who are looking to overcome recent government interventions in the market by acquiring property via limited companies will be pleased that corporation tax is set to fall.

Hammond said that he does not want people forming companies just to reduce tax, and so he announced that the tax free dividend allowance would be reduced from £5,000 to £2,000 from April next year.

Trevor Abrahmsohn, managing director at Glentree Estates: “There was a golden opportunity to do something about the higher rate of stamp duty which was conspicuously missed and let’s hope and pray he is storing up some reforms for the autumn.

There was no reference to extending the scope of Help to Buy and Right to Buy, or in fact, anything to assist housebuilding across the UK, which will be woefully inadequate to meet the needs of the growing population of this country. Less than 125,000 new homes will be built this year and yet we require more than double this, to satisfy demand.

David Westgate, chief executive of Andrews Property Group: “Whilst largely anticipated, the fact that the Chancellor did not address key housing issues is, nonetheless disappointing.

“The urgency with which new homes are needed across the UK cannot be underestimated. The fact that the Chancellor, by neglecting to address planning durations or introducing a moratorium on Capital Gains Tax on land sales, means that an ideal opportunity to get the house building sector moving has been missed.”

Glynis Frew, chief executive of Hunters: “We are disappointed to see tax relief for landlords is still due to be cut next month. The buy-to-let market has already seen a substantial hit from the second home stamp duty levy and this further strain on landlords will undoubtedly adversely affect the property market.

“This could mean landlords opting to come out of the private rented sector, creating reduced supply or increased costs which could again mean an increase in rents. The more average rents rise, the more ownership figures fall. This is a bad decision which will affect not only landlords but renters, first time buyers and second steppers.”

“The Housing Minister merry-go-round has left housing issues at the periphery of government thinking and strategy. Continually kept at an arm’s length, they’re incapable of tackling the deeper seated issues within housing market – leading to a plethora of initiatives that that tamper with rather than tactically reform the market.”

James Davis, CEO and founder of online lettings agency, Upad: “It must be a first that there was no mention of housing in the Budget.

“In particular, it was disappointing to not see a U-turn on the catastrophic decision the Chancellor made in the Autumn to ban lettings agent fees. As predicted, rising rents are already on the cards for long suffering tenants with renting now a necessity, as home ownership is out of reach for most Millennials.

“Tenants are in some cases already paying up to two thirds of their salary on rent, whilst salaries have stayed stagnant. This will have wider consequences if people can’t afford to go on holiday, or spend money on entertainment – the mental health of the country will suffer and other industries will bear the brunt of this lack of spending. The Government need to realise that they are playing with people’s lives and livelihoods. They need to listen to the people.”

Nick Leeming, chairman of Jackson-Stops & Staff: “Homeowners are left feeling disheartened and frustrated once again today as Philip Hammond neglects to address the stamp duty elephant in the room. Despite evidence showing the housing market has slowed since the stamp duty reform of

December 2014, and the more recent 3% second home surcharge, the Government is sticking to its guns and refusing to give the nation a break.

“The fear now is that we will have to wait until the combined Budget and Autumn Statement to find out how Mr Hammond intends to tackle this issue. It would be fantastic to see an easing of stamp duty levels across the board to give the property market the vital boost it needs.

“A stamp duty holiday for first-time buyers would be particularly welcome, as the cost of living and rental prices make saving for a deposit increasingly difficult. Many first-timer homes in London and the South come with a price tag of £400,000 – the £10,000 stamp duty payable on this is, quite frankly, prohibitive.”